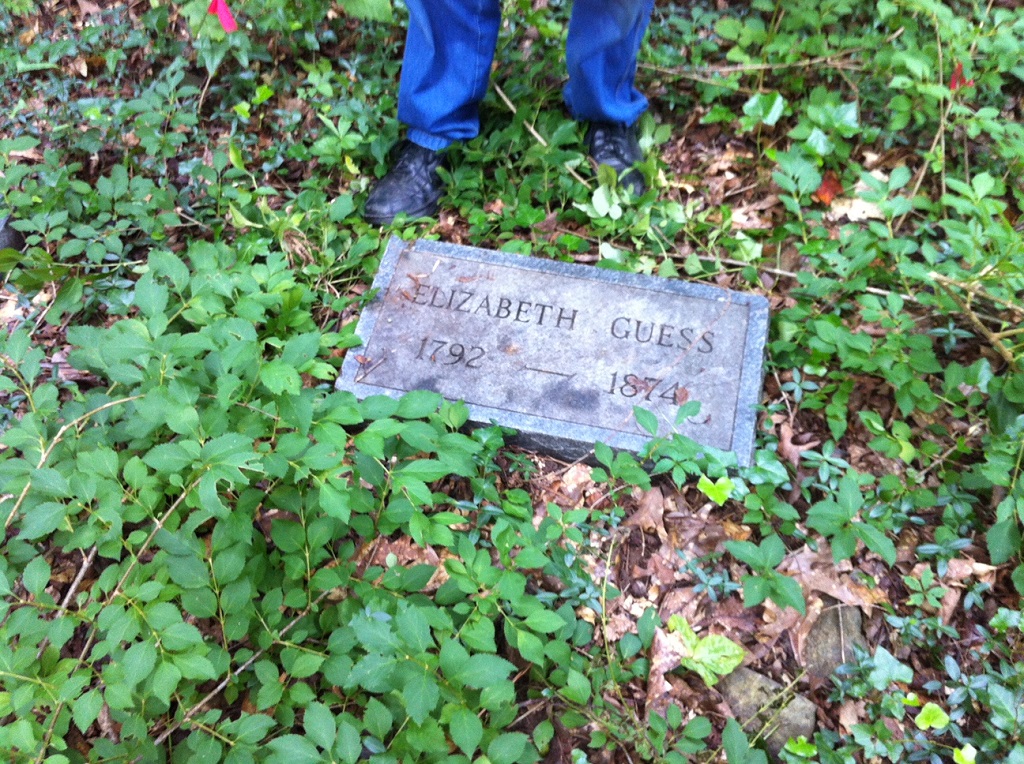 The Guess Family Cemetery is located behind a private residence on Edison Garden in the Pine Hills neighborhood of Buckhead. First mentioned in a warranty deed executed October 22, 1875, the burying ground was later indicated on a 1927 topographic map of Atlanta, west of West Roxboro Road. The current cemetery site, which measures approximately 100 square feet, is currently overgrown and partially surrounded by a woven iron fence in need of repair.

Included within the cemetery are four headstones for Guess family members, said to have been placed by Florine Pursley in 1981. The earliest identified grave is that of James Monroe Guess (1833-1863), a son of James R. and Elizabeth Guess; he was killed at the Battle of Chickamauga during the Civil War. The most recent burial is Elmer Pursley (1883-1902). He was the son of Martha Caroline, the daughter of James Monroe Guess. The other two formal gravestones mark the burial sites of James R. Guess (1791-1871) and his wife, Elizabeth Guess (1792-1874). According to 1850 Census records, they had at least six other children.

An archaeological investigation conducted in 2010 indicated about 20 additional graves, either unmarked or marked with fieldstones. Franklin Garrett added a note to his necrology of the cemetery when he re-visited the site in 1957: “When originally visited [on Jan. 10, 1931], none of the some 40 or 50 visible graves, including some of slaves of the Guess family, bore inscribed markers. Since then the graves of James, Elizabeth and James Monroe Guess and Elmer Pursley have been neatly marked.”