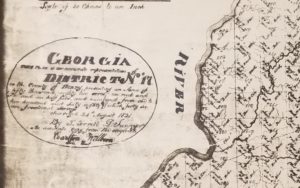 Buckhead Heritage is launching a one year project to find Living Sentinel Trees still in our neighborhoods from the Creek Indian Nation. When the Treaty of Indian Springs was signed on Jan 8, 1821, surveyors laid out land lots for a settlers lottery. In the process they marked about 1000 Buckhead trees by species on their first map. Using mapping technology, we believe we’ve located one of these still growing trees, and want your help locating more. John will also talk about the Historic Resources Register, and planned additions, where we’ll add Living Sentinels we locate. 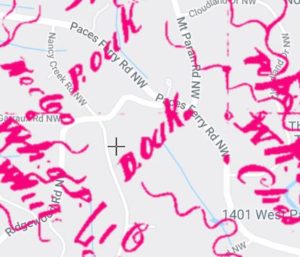 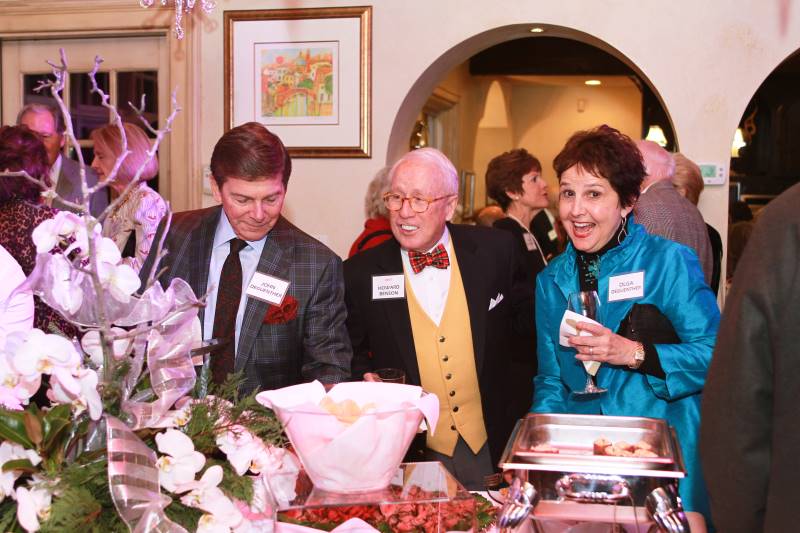 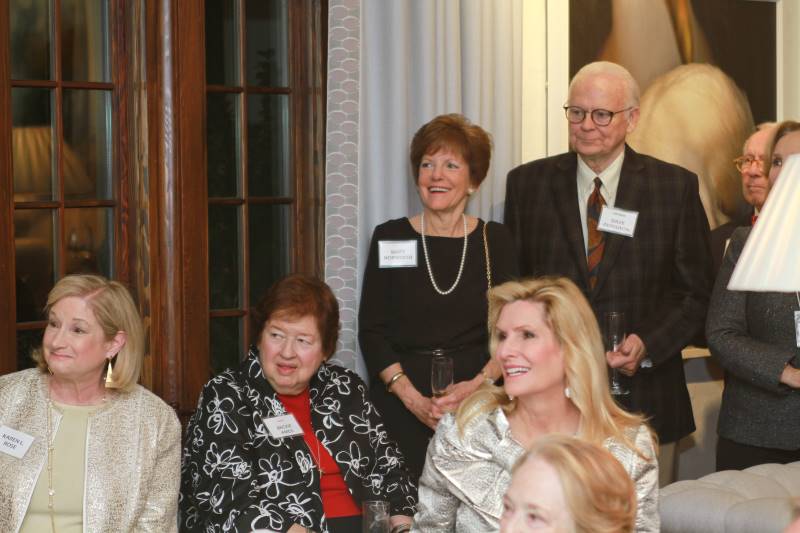 Buckhead Heritage had a very successful Holiday Party, with over 140 people registering to help support our Buckhead history and historic preservation efforts. We so appreciate Julie and Paul Hagerdorn hosting this event and the job they’ve done maintaining this historic home. We want to especially thank our very active Patrons and Host Committee, Presenting Sponsor Peachtree Hills Place, and our membership for making this annual fundraiser so successful!

Elon Butts Osby is a native Atlantan with long family roots in Buckhead. Her grandparents, William and Ida Bagley, purchased 3 lots and settled in Macedonia Park on Pharr Rd in 1912. The City of Atlanta redeveloped the area into Bagley Park in the 1950’s; today it’s known as Frankie Allen Park, after a little league baseball coach. Elon’s grandparents, along with an aunt and uncle, are buried in Mt. Olive Cemetery located in the park.  Elon joined with Buckhead Heritage in filing a lawsuit to stop the removal of the graves from Mt Olive Cemetery in 2009, and has been involved with our group ever since. Elon’s first job was at Tiffany and Co. in Phipps Plaza; since then she has had a fascinating and varied career, including several jobs at City Hall, and now works at the Atlanta Housing Authority. Elon is a member of the NPU-J Executive Board in northwest Atlanta, and has 2 daughters and 2 grandsons. 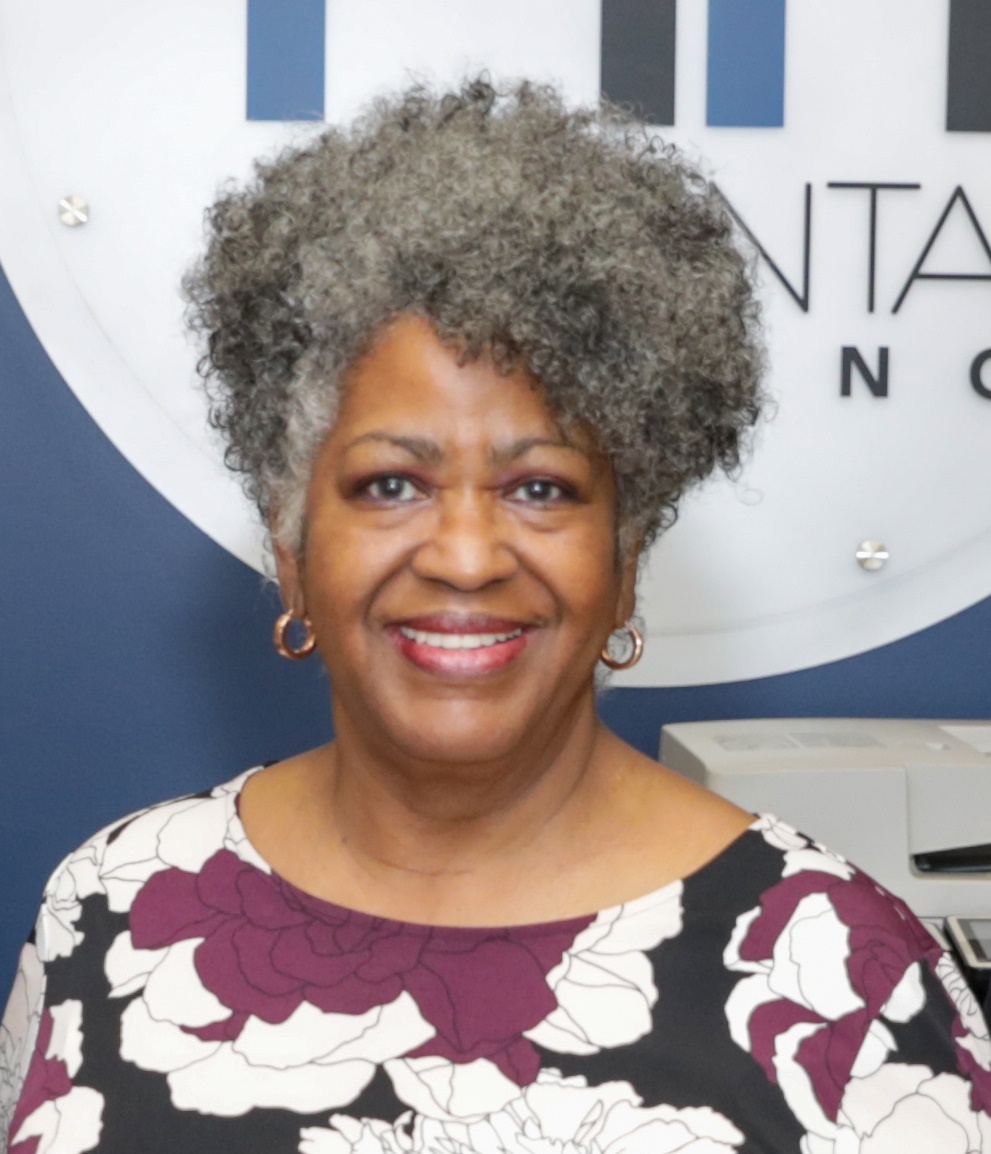 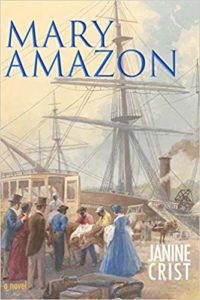 It is the story of an Atlanta family before, during and after the Civil War, including living through the Siege of Atlanta. The story illuminates Atlanta’s pioneering era, and follows our transition from a small Southern town to a city.

Buckhead Heritage Book Club events are free to members, and meet at 3180 Mathieson Dr, Atlanta, GA 30305, in the heart of Buckhead. Wine is typically served, and we usually have 10-20 people attend these casual and fun meetings. There is free on street parking, and the  building concierge will welcome and direct you to our meeting space.

Richard Waterhouse, Buckhead Heritage Executive Director, had the opportunity to study Historic Cemetery Preservation first hand when he visited three of the Magnificent Seven Historic Cemeteries in London this past November.

The Magnificent Seven are a group of cemeteries created from the 1830’s to the 1850’s because of the overcrowding in public and church cemeteries in London proper. Many cities with quickly expanding populations had the same problem. Oakland Cemetery in Atlanta was started for the same reason in 1850, when our city population reached about 2,800.

Waterhouse had also visited Brompton three years ago, and was amazed by the recent transformation. Because of a large grant that the Friends of Brompton received, they were able to create a Visitors Center and Café at the entrance to the cemetery. The cemetery is part of the Royal Parks system that helps maintain the grounds.

Brompton Cemetery was established in 1836 by the West of London and Westminster Cemetery Company. Stephen Geary, founder of Highgate and Nunhead Cemeteries, bought the site of an old brickworks and market garden consisting of 39 acres. Plans were for a much more elaborate cemetery, but they ran into financial problems and the plan had to be scaled back.

What has saved the Maginificent Seven are active Friends Groups that have formed in the last 10 years, and helped transform the cemeteries back to their original states. Waterhouse also had the opportunity to visit Nunhead Cemetery and tour with John Turpin, who wrote the book The Magnificent Seven: London’s First Landscaped Cemeteries. Richard has been a guide at Oakland Cemetery for many years, and his book on Oakland Cemetery Symbolism is available at their gift shop.

Buckhead has about a dozen historic cemeteries, mostly family and church originated. And like other areas, as Atlanta’s population started growing north to and though Buckhead, newer public cemeteries like Crest Lawn Cemetery (1916) on Marietta Blvd, and then Arlington Memorial Park (1922) in Sandy Springs were developed. Buckhead Heritage is involved in the stewardship of several of our areas wonderful historic time capsules, and we have an active group of cemetery volunteers. More information is available on our website here. 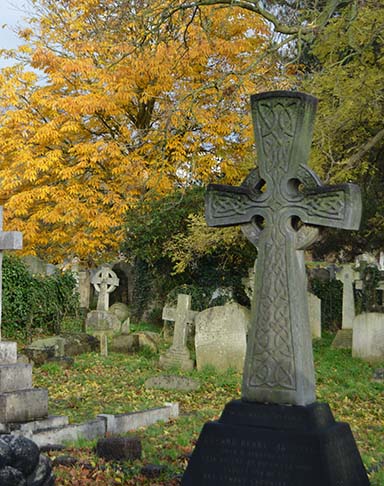