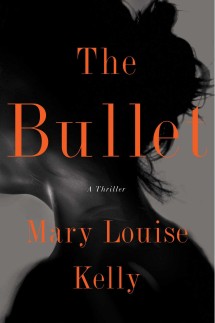 A Southern Writer Returns to Her Roots

A native of Vinings, Georgia, Mary Louise Kelly shared her experiences growing up in Atlanta in the 1970s and 80s, covering Atlanta and DeKalb county politics as a rookie reporter at the Atlanta Journal-Constitution, traveling the world as a journalist for NPR and the BBC, and then making the leap to fiction and the book publishing world. Kelly delved into her most recent novel, The Bullet, in which the protagonist Caroline Cashion finds out that she has had a bullet lodged in the base of her neck for thirty years. The discovery incites a search for answers. Caroline learns that she was shot as a young child in an incident that killed her parents and that the crime was never solved. Looking for the truth, she travels to Georgia—the scene of the crime. Buckhead—from the Georgia Grille to the St. Regis to the Waffle House on Roswell Road—serves as the backdrop for much of her unfolding story.

Kelly is a graduate of The Lovett School, where she served as the editor of the school newspaper. She went on to study at Harvard University and at Cambridge University in England. She began her professional career as a staff writer at The Atlanta Journal-Constitution and subsequently worked for National Public Radio and the British Broadcasting Corp., where her beat included the wars in Afghanistan and Iraq. Her first novel, Anonymous Sources, was published in June 2013. Her second, The Bullet, was released earlier this year. Kelly lives in Washington, DC and Florence, Italy with her husband and their two children.

For more information about Kelly and her two novels, visit www.marylouisekellybooks.com.