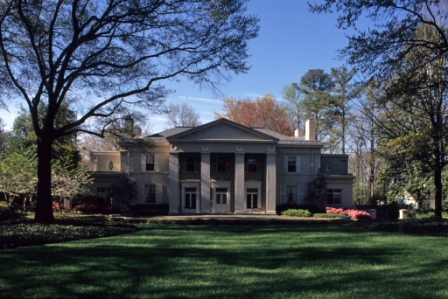 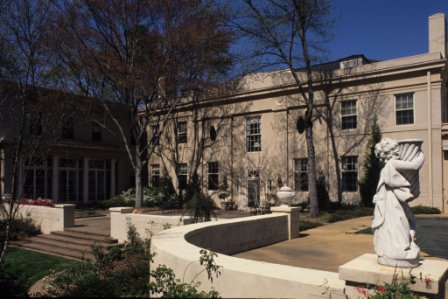 The home was designed in 1931 by the Atlanta architectural firm of Cooper & Cooper, formed by brothers Samuel Inman Cooper and Joseph Walter Cooper, Jr., in 1925.  The firm was commissioned for the design by Katherine Mitchell Howell, the widow of George Arthur Howell, Jr., a partner in the Atlanta insurance firm Haas & Howell. Not incidentally, Joseph W. Cooper, Jr., married Mrs. Howell’s oldest daughter Katherine not long after Mrs. Howell hired the firm to design her home. William L. Monroe, Sr., a master landscape gardener and founder of the Monroe Landscape and Nursery Company, designed the property’s landscaping.
Mrs. Howell lived in the home until her death in 1954, after which a succession of prominent Atlantans occupied the residence. The most recent owners of the property have named it “Nestledown.”
The Howell House was listed on the National Register of Historic Places in 1991 for its architectural significance.
Source:
National Register of Historic Places Registration Form for the Mrs. George Arthur Howell, Jr., House.
Photo credit: Historic Preservation Division, Georgia DNR. For permission to use the above photographs, please contact the Historic Preservation Division.