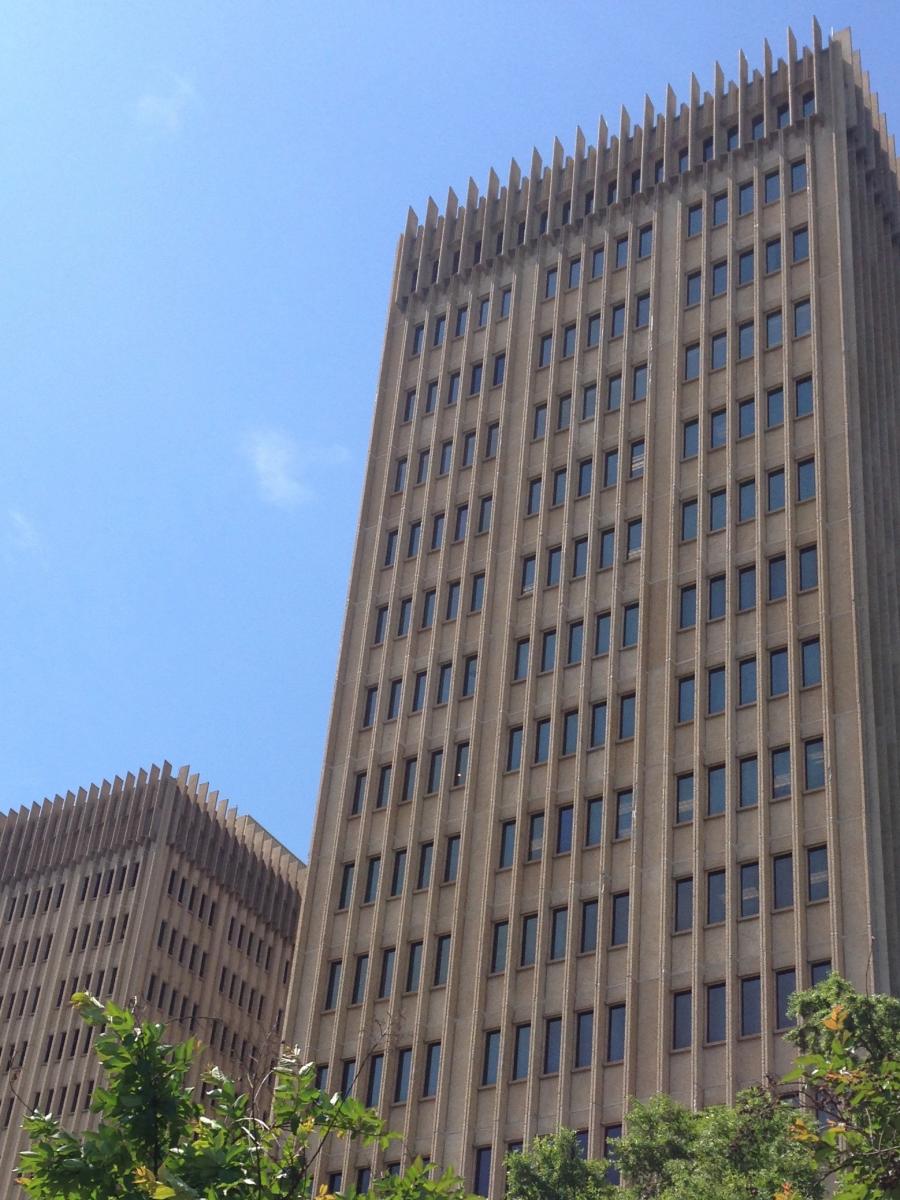 See photos from our March 16, 2016 walking tour in our Facebook album!

When Lenox Square opened in 1959, the Atlanta Journal proclaimed, “It is the first regional shopping center in the South and the largest south of New York.” It became a magnet for shops, restaurants, and office buildings around its perimeter and initiated a shift in Buckhead’s business center north from its historic core. The first of the paired Lenox Towers (photo, left) opened just a few years after Lenox Square, and in the mid-seventies, Tower Place solidified Buckhead as an urban office center rivaling Downtown.

Buckhead’s business ambition during the post-WWII economic expansion was reflected in the new Modern architecture along Peachtree Road. This 90-minute tour included examples of notable architectural firms contributing to the new look of Peachtree, including Toombs, Amisano and Wells and Stevens & Wilkinson.