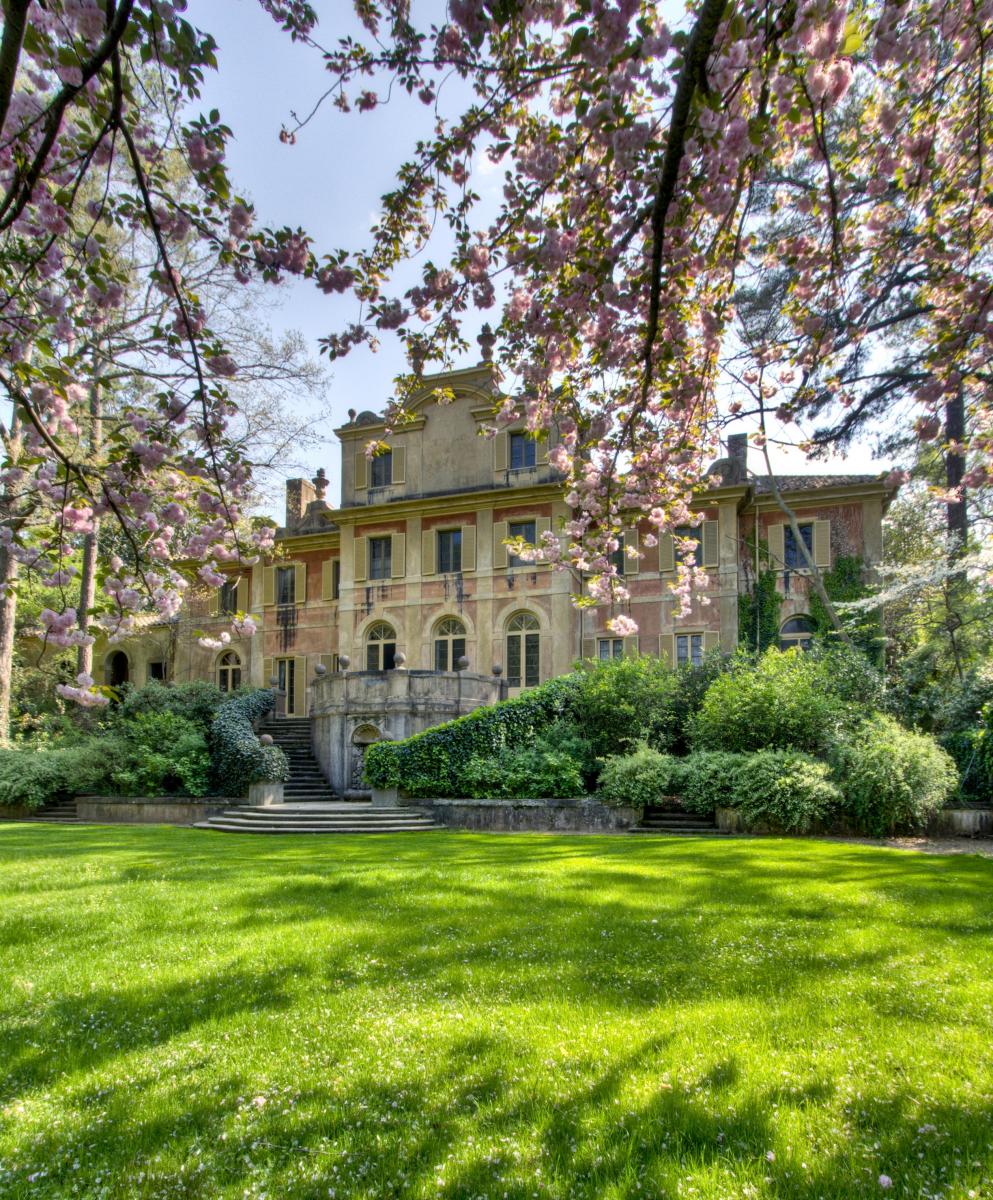 The Calhoun House, also known as Trygveson, was designed by renowned Atlanta architect Philip T. Shutze. Shutze, who had recently returned from a study trip in Italy, was particularly inspired by three Italian villas for the creation of his design: Villa Cuzzano, Verona; Villa Gori, Sienna; and Villa Spada, Rome. The home, which originally fronted West Paces Ferry Road, was completed in 1922. The Baroque Italian Villa architecture made it stand out as one of the showplaces of Georgia in the years after its completion.

The original owner of Trygveson was Andrew Calhoun. Calhoun was in real estate and his wife was the founder of the first garden club in Atlanta, the Peachtree Garden Club, in 1923. The estate included one hundred acres, with eighteen of them formally developed. The site included an orchard, various gardens, a lake, and tennis courts. In the 1960s, the acres were subdivided and developed. Today the entrance to Trygveson is located at 3418 Pinestream Road.
Trygveson is listed on the National Register of Historic Places as part of the West Paces Ferry Road Multiple Resource Area.
Sources:
Dowling, Elizabeth Meredith. American Classicist: The Architecture of Philip Trammell Shutze. New York, NY: Rizzoli, 1989.
National Register of Historic Places – Nomination Form for West Paces Ferry Road Multiple Resource Area.
Article contributed by Angelica Dion
Photo credit: Beacham & Company, Realtors. For permission to use the above photograph, please contact Beacham & Company, Realtors.