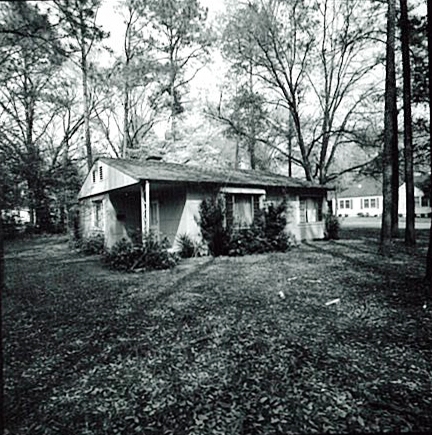 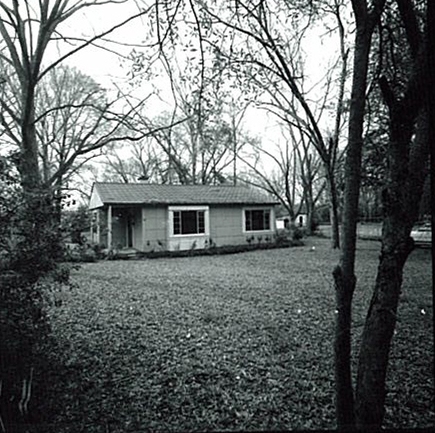 The William R. and Ruth Knight Lustron house, built in 1949, is an example of the Lustron Corporation’s Westchester Deluxe two-bedroom model. It is a 1,085 square foot, one-story, steel-framed ranch house with a concrete slab foundation. The exterior is covered with porcelain-enameled steel panels of a light green hue. Meanwhile, the side-gabled roof is covered with porcelain-enameled, dark green shingles. The home’s stationary casement windows feature yellow aluminum frames. The interior of the home is also covered in porcelain-enameled steel panels, in shades of light gray, pink, yellow, and blue. Sliding pocket doors and built-in storage help maximize the interior space and create a modern feel.

The William R. and Ruth Knight Lustron house is a significant example of post-World War II pre-fabricated housing and a particularly excellent intact illustration of the “Lustron” type. The Lustron Corporation was one of hundreds of firms involved with the manufacture of pre-fabricated housing during the post-WWII years, in which America experienced a severe housing shortage. The Lustron Corporation was one of only three of these firms to receive direct federal loans to spur production of its all-steel house. Unfortunately, production levels never satisfied initial demand and the company lost money. It declared bankruptcy in 1950.
William Knight served as the president of the Lustron Corporation’s franchise in Georgia known as Jafra, Inc. of Georgia. His house was one of only ten Lustron houses built in the metro Atlanta area and served as the Lustron demonstration home. Knight and his wife made the house their home the year after it was built. The house was listed on the National Register of Historic Places in 1996.
Source:
National Register of Historic Places Multiple Property Documentation Form for Lustron Houses in Georgia.
Photo credits: Historic Preservation Division, Georgia DNR. For permission to use the above photographs, please contact the Historic Preservation Division.