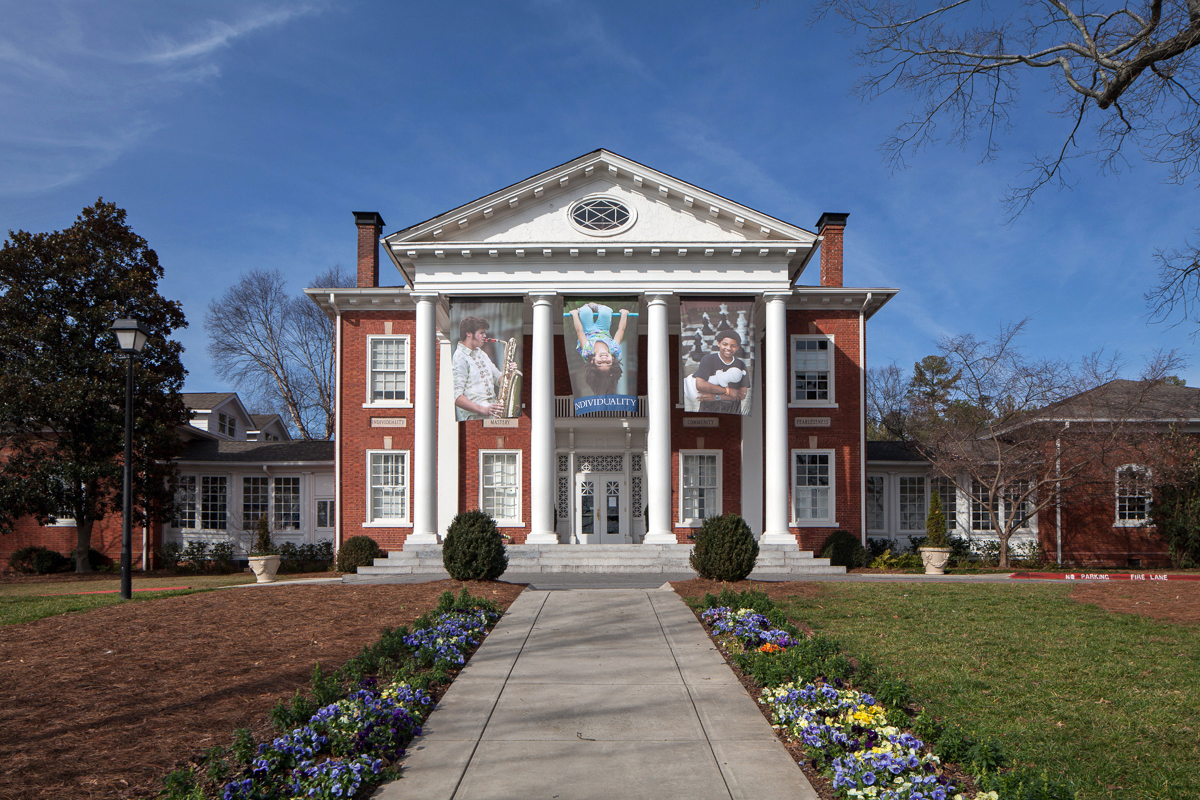 Completed in 1911, the former Fulton County Almshouse (now the Galloway School) is a brick Neoclassical Revival-style building designed by the prominent Georgia architectural firm of Morgan and Dillon. The building consists of four major sections, which are connected by enclosed walkways, and incorporates a central courtyard. The front façade is dominated by a two-story portico with four Doric columns, topped by a triangular pediment. Prominent dentil molding and an oval window ornament the pediment. Other classical elements include the sidelights and transom surrounding the main door.

Female superintendent Jessie Early Clark Boynton led the white almshouse from 1932-1963. Her achievements included instituting recreational programs for the elderly and successfully leading the institution during a crucial time for women’s history. In 1969, Elliot Galloway leased the building from Fulton County and formed the present private school. The school was one of the few (possibly only) private schools in Buckhead to be integrated during that time period. The children of Martin Luther King, Jr. attended the Galloway School in its early years. The school is still in existence and its historic building was listed on the National Register of Historic Places in February of 2014.