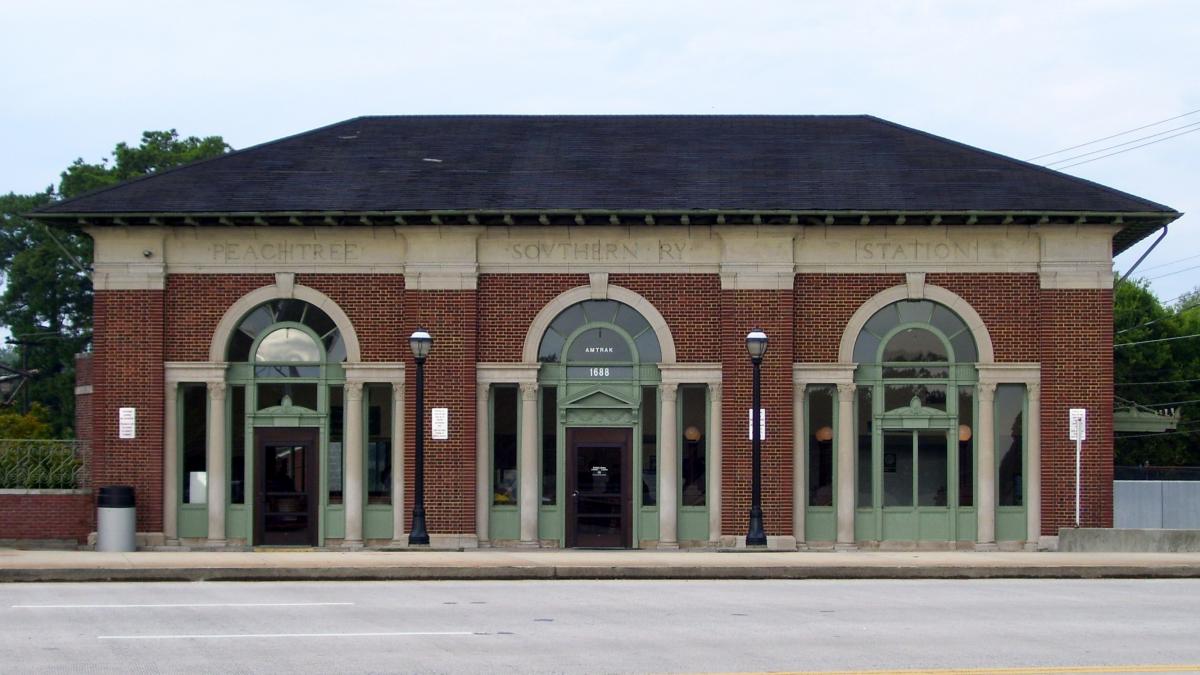 One minute after midnight on March 17th, 1918, the Brookwood Station was placed into service. Approximately forty minutes later, the first train, Number 36-United States Fast Mail, rolled into the station, which was designed as a suburban commuter hub. It serviced fourteen trains arriving and seven departing on a daily basis. The Brookwood Station, formerly known as the Peachtree Station of the Southern Railway Company, stands at the corner of Peachtree Street and Deering Road.

Designed by the architectural firm of Hentz, Reid and Adler, the station stands as a good example of the “Through Station” design concept applied to a suburban railroad terminal. The architectural style is Italian Renaissance. The Peachtree facing façade is composed of three bays defined on each end and separated by a total of four wide, brick pilasters. Meanwhile, the façade entablature is divided into sections and chiseled to bear the words “Peachtree”, “Southern Ry.” and “Station” in the first, second and third bays respectively. Each bay of the façade is in-filled by a large entranceway executed in a Palladian window motif.
The sole survivor of a bygone era, the station’s significance lies in the fact that it is the last passenger terminal in Atlanta, a city which owes its very existence to the railroads. Brookwood Station’s preservation is essential given that it adds an element of human scale to an area characterized by larger, impersonal urban forms.
The Peachtree Southern Railway Station was listed on the National Register of Historic Places in 1976.
Source:
National Register of Historic Places Inventory-Nomination Form for Brookwood Station.
Article contributed by Steve Bare
Photo credit: Buckhead Heritage Society