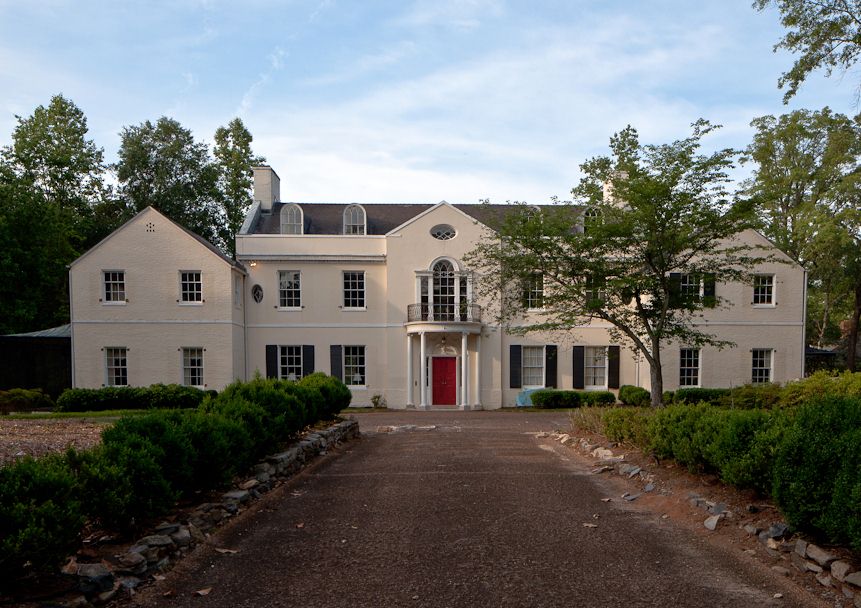 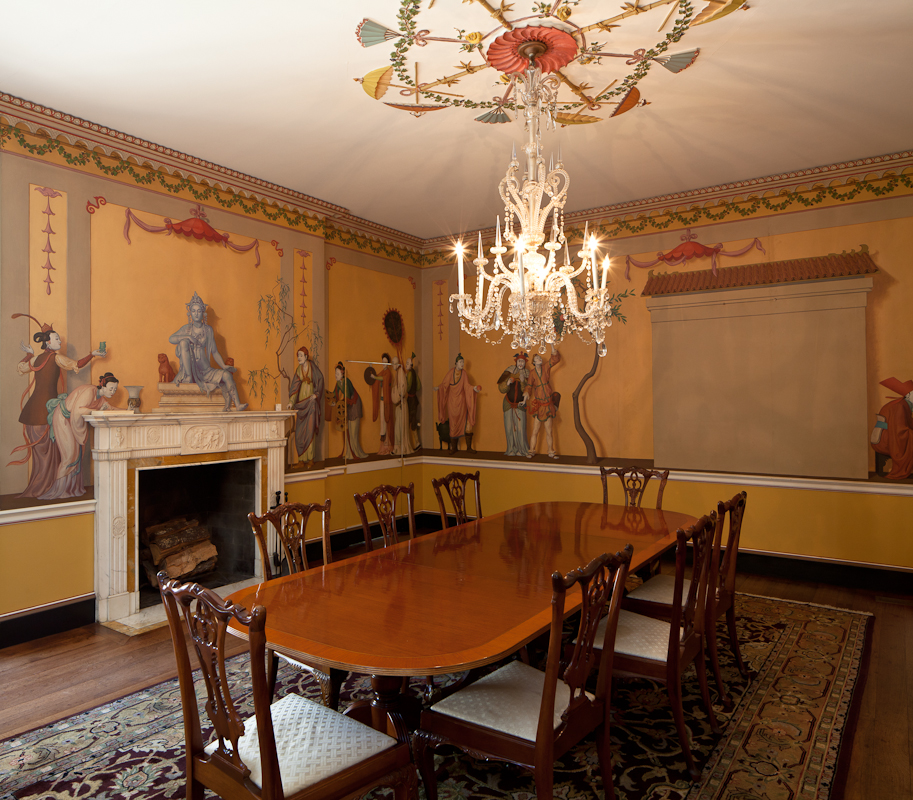 Completed in 1932, the May Patterson Goodrum House (formerly the Southern Center for International Studies) is a Regency-style residence with a central bay flanked by offset but symmetrical rectangular wings. The central bay is accented with a delicate porch with attenuated Ionic columns that was inspired by the Gardner-Pingree house in Salem, Massachusetts. Surmounting the entry porch is a Palladian window. The exterior of the house is brick with limestone accents. Inside, the dining room is graced with chinoiserie murals by Allyn Cox of New York. Meanwhile, the octagonal breakfast room is adorned with murals by the Italian-born artist Athos Menaboni.

The Goodrum House was designed by Philip Trammell Shutze, who was at the forefront of Atlanta’s classicist movement in the early 20th century.  Said to be his favorite residential commission in Atlanta, the Goodrum House is a strict reflection of classical design and Regency precedent. In 1932, Shutze received an honorable mention for the house’s design from the Architectural League of New York, which was certainly a prestigious honor for an Atlanta architect at the time.
In 2008, the Watson-Brown Foundation purchased the house. It is currently undergoing a restoration. For more information about the Watson-Brown Foundation, visit www.watson-brown.org.
Sources:
Mitchell, William R. Classic Atlanta: Landmarks of the Atlanta Spirit. 1991.
National Register of Historic Places Registration Form for the May Patterson Goodrum House.
Photo credit:  Charlie Miller, Historic Preservation Division, Georgia DNR. For permission to use the above photographs, please contact the Historic Preservation Division.
Article contributed by Steve Bare