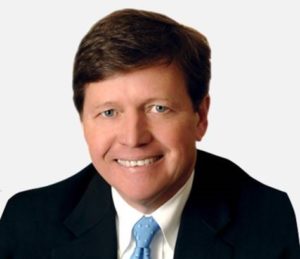 Rudy Harrell, with Dorsey Alston Realtors, has been involved in commercial and residential real estate in Buckhead since the 1970’s. As the owner of a building on “The Golden Mile” along Peachtree in Buckhead, he’s had a front row seat for the changes that have occurred along this corridor. Rudy will talk about the evolution of this area from farmland to stately mansions to its current mix. He will also use our past to pose some questions about potential future development paths in Buckhead. What do we try to preserve moving forward, and what do we want Buckhead’s entry and main artery to look like in the future? This promises to be both entertaining and thought provoking.

The White House Restaurant has been a Buckhead institution since 1948, when it opened in the Buckhead triangle, now Loudermilk Park, before moving a block north on Peachtree in 1974. Co-owner Demos Galaktiadis will talk about Buckhead history and stories at the White House over the last almost 50 years he’s been there. Movie stars and musicians, politicians, and everyday Buckhead folks come in daily. From Lester Maddox to President Carter, governors and senators, beautiful actresses and rap stars, the White House is open for business. Demos said Marco Rubio came in last year, and quipped he’d finally made it to the White House. One of his favorite early customers was pastry chef Henri, who came in for coffee and a biscuit in the mornings after baking all night. His granddaughter, who now runs Henri’s Bakery, was at the White House on a recent visit. Pancakes and french toast with bacon and sausage will be served for $15 a person, limited space. September 24, 7pm. 3172 Peachtree Road N.W., Atlanta 30305 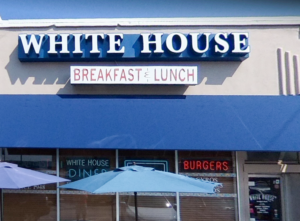 Georgia Place–Names: from Jot-Em-Down to Doctortown by Cathy Kaemmerlen , who will join us to discuss her book about the origins of our place names. Cathy is a professional actress, storyteller, playwright and historical interpreter known for her variety of one-woman shows and characters. A Hambidge Center fellow for over twenty years, she has published five books, including three through The History Press/Arcadia Publishing. 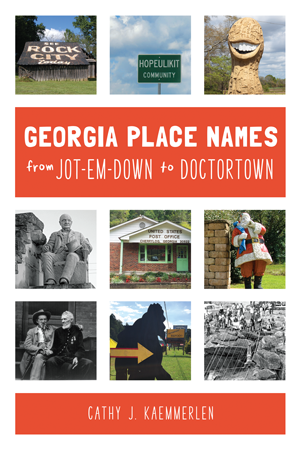 Asking about the oldest house in Buckhead can quickly start a debate. People talk about whether the house has been moved, and if it is still being used as a house, or if any of it is still recognizable in its original form. We’ll highlight one longtime Buckhead structure as an example. The Estate is now a special events facility owned by Tony Conway’s Legendary Events at 3109 Piedmont Rd, just south of Peachtree Rd. It could be the oldest house, not just in Buckhead, but in Atlanta. Many will know it as the former Justines or Anthonys restaurants.

Called the Pope-Walton House, it was built in 1797 by Wiley Pope in Washington, Ga. The Pope and Walton brothers fought together in the American Revolution in the 1770’s. Both families lived in Wilkes County, then a hotbed of British secessionist leanings, unlike Savannah, which supported the British governor. The town of Washington, Georgia became the first US city named to honor George Washington. George Walton signed the Declaration of Independence in 1776, and became Governor of Georgia in 1779.  The Popes and Waltons intermarried, and family members lived in this house until 1920.

When Sherman headed east after burning Atlanta, his troops looted but didn’t burn this home, reportedly because only a mother and her infant were there. She was Mary Pope Walton, with her daughter Lulu Belle; over 200 plantation slaves had been freed. After the war her husband John Walton returned, and sold the plantation back to a Pope.

In 1964 Atlanta restaurateur Dayton Smith spent 3 years moving the house, piece by piece, and reassembling it on Piedmont Rd. Over the years it has had reports of being haunted, with some visitors reporting glowing orbs, bells and children singing. Mary Pope Walton is said to have sewn bells onto Lulu Belles petticoats to help find her on the farm; she’s thought to be one of the returning visitors today. So many people have become interested in spirits and haunting stories today that it is now stimulating more historical research. Paranormal fans want to identify not just a resident or structure, but previous owners, visitors, events and former uses of properties. A Google search for “Paranormal activity at the Estate Atlanta” returns many thousands of references. 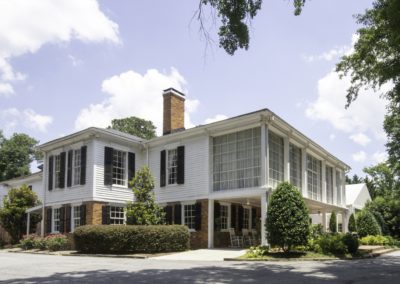 Nov 7 – Speaker Series: Ken Thomas, The Real Story of how Wieuca Road got its Name.